Ford unveiled a special edition 2015 Ford Mustang at the New York International Auto Show to celebrate the 50th anniversary of the original debut of the Mustang at the 1964 New York World’s Fair. The car flaunting an eye catching design looks quite impressive and the features will definitely enhance your driving experience. Check out some of the impressive features of the luxury vehicle.

Ford executive says that it will generate more than 305 horsepower and more than 300 pound-feet of torque with estimated peak power closer to 330 horses.

Mustang is finally getting an independent rear suspension – a cutting-edge technology already found in Challenger and Camaro.

Ford engineers have designed the car with state of the art controls software technology – an industry-first feature.

Mustang for the first time will be available with this advanced in-car communication system.

You will definitely enjoy a dynamic driving experience as you cruise down the road with 2015 Ford Mustang. 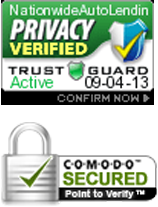 The process could not have been easier